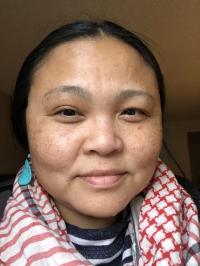 May is Asian American and Pacific Islander (AAPI) Heritage Month. I am Chinese and Vietnamese, so at home, it’s AAPI love and appreciation all the time. This year’s AAPI heritage month, however, feels more weighted. Even my mom feels it. She asked me recently, “Why are they hurting us?” For all the reasons Cecilia Tsu, UCD history professor, articulated in our latest Current Context, the acceptance of people of Asian heritage - and their inclusion in K-12 education - as American is long overdue. The pandemic has triggered long standing xenophobia, racism, and outright violence towards AAPIs. Read Professor Tsu’s essay to learn more about the historical roots of anti-Asian racism and hate here. Consider joining us for an online summer institute, Asian in America: Racism and Resistance, in July.

A focus on Asian American history in K-12 classrooms would go a long way toward understanding how current anti-Asian American violence can thrive in a nation that promotes “We are in this together” as a tagline for its COVID-19 response. In America, citizenship is a birthright and attainable by naturalization. While Asian Americans are technically citizens, they are largely invisible in mainstream society and the narratives textbooks tell about the nation’s past. Generations of Asians in America, of many nationalities and ethnicities, have helped to build America—economically, politically, socially. They did this even when the federal government prohibited their entry and naturalization throughout the nineteenth and twentieth centuries. California was ground zero for the Chinese Exclusion Act, which became federal law in 1882. However, California’s booming agricultural industry and economic growth would not have been possible without Chinese, Japanese, Sikh, and Filipino laborers and farmers (among many other racial minorities). Their experiences are not an aside or subplot in California’s, or the nation’s, story; they are American History.

And, yet, the perception that Asian Americans are perpetual foreigners persists today. Clearly, some people do not include Asian Americans as part of “we” in “We are in this together.” Who is part of the collective “we” is the beauty and tragedy of America’s story. In fact, one’s understanding of American history and citizenship is incomplete without it.

Take for example the history of school desegregation. As with other civil rights campaigns across time and place in America, AAPIs have played an active role in the long march toward equal rights. Before the Supreme Court made integrated schools the new standard in education with Brown vs. Board of Education (1954), and before five Mexican American families successfully challenged segregated schools in Mendez v. Westminster (1947), and before Plessy v. Ferguson (1896) established “separate but equal” as the law of the land, a Chinese American family in 1885 won their California Supreme Court case arguing that their children were entitled to attend public school as a birthright. While Joseph and Mary Tape were of Chinese descent and born elsewhere, their children were born and raised in San Francisco, California.

The Tapes fully expected their children to enjoy all the rights and privileges of American citizens. Mary Tape's letter to the school board made that sentiment clear:

I see that you are going to make all sorts of excuses to keep my child out of the Public schools. Dear sirs, Will you please to tell me Is it a disgrace to be Born a Chinese. Didn't God make us all! What right have you to bar my children out of the school because she is a Chinese Decend.

Tape chastised the “Race prejudice men” for using race as a discriminatory prerequisite for public education and citizenship, “I guess she is more of a American then a good many of you that is going to prevent her being Educated.” The historical significance of studying the Tape family are manifold. To name a few, students learn about:

In 1885, the Tape family, and many others before them, fought for racially inclusive schools. The argument was simple: brown people should be allowed to attend white schools. In 2021, we face a different fight and new mission: our curriculum must be racially inclusive. In doing so, we honor and learn from the contributions and challenges faced by the generations before us in building a nation that is truly for and by the people. This includes safeguarding diversity, in all its shapes and forms, in our representative government and throughout our society. The argument here is simple: non-white people should be represented in this country’s narratives. All of this leads back to the initial point about who is the collective “we” in “We are in this together.” Studying Asian American history brings us closer to closing the gap of how all of us define “we” in America.

Tuyen Tran, Ph.D., is the Assistant Director of the California History-Social Science Project

More about the Tape Family