Was the Civil War a War for Freedom? 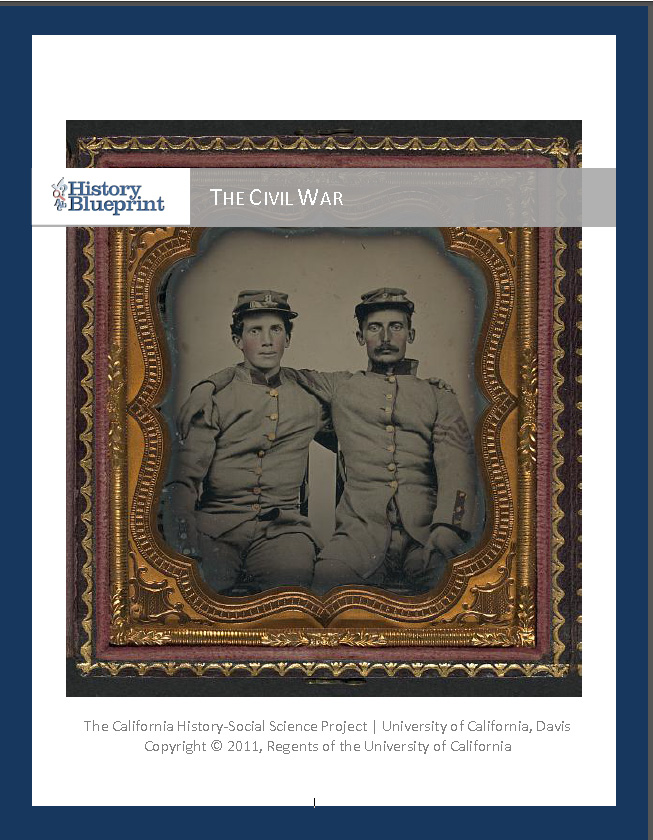 The Civil War was a critical watershed in U.S. History, when the meaning of freedom for Americans and the meaning of union for the nation changed forever. This unit of study focuses on the events leading to the war, the perspectives of those who fought in or lived through the war, and the effects of the war on individual citizens and the nation.

More specifically, this unit addresses the causes of the Civil War, the perspectives of Northerners, Southerners, and abolitionists, and the critical battles of the war. This unit also provides detailed instructions to support student analysis of a number of relevant primary sources, including five of Abraham Lincoln’s speeches, the Declaration of Independence, the Constitution, and the South Carolina Ordinance of Secession. The unit concludes as it begins with a focus on an engaging and historically significant question: Was the Civil War a War for Freedom?

In addition to teaching students about the Civil War, this unit teaches students how to read, write, and think historically, analyze historical evidence from primary and secondary sources, and make interpretations.  Students will practice Common Core reading and writing skills, especially identifying the perspective or point of view of a source, integrating information from visual and written sources, identifying evidence from sources, and using that evidence to support an interpretation.

Drawing on new historical scholarship about the most contentious time in American history, students consider: Was the Civil War a War for Freedom?

The Civil War was  made  possible  by  the  generous  support  of  the  Walter  and  Elise  Haas  Fund and History Channel, in addition to California History-Social Science Project/ California Subject Matter Project funding.

All History Blueprint materials are Copyrighted by the Regents of the University of California, Davis Campus.  These materials, however, are designed for K12 educational purposes, and as such, teachers have the right to copy and redistribute the material in any medium or format.  This use is predicated on the assumption that educators will give appropriate credit, provide a link to our site (http://chssp.ucdavis.edu), and indicate if any changes were made.  Educators may do so in any reasonable manner, but not in any way that suggests the University or the California or the California History-Social Science Project endorses said teacher, school, or related organization.  Finally, educators or any members of the public may not apply any legal terms or technological measures that legally restrict others from accessing the materials or doing anything that this agreement permits.