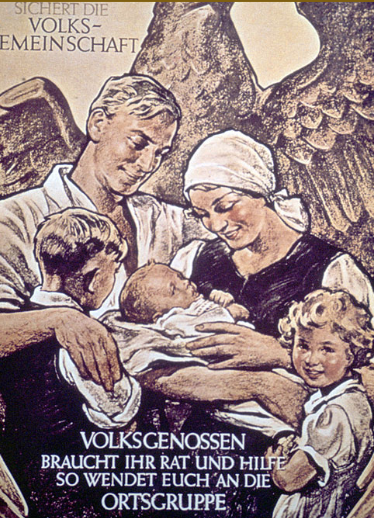 With the collapse of the capitalist market system that caused the Great Depression, political alternatives to liberal democracies emerged, particularly communism and fascism. Through the use of graphic organizers, debates, and position papers, students may compare and contrast how these communist and fascist governments responded to the collapse of the capitalist system during the Great Depression. With a side-by-side comparison of these political alternatives, students can provide an answer to the following question: Why did communism and fascism appeal to Europeans in the 1930s? After the Russian Revolution, communism emerged as an alternative to Western-style capitalism in the Soviet Union. Lenin’s New Economic Policy temporarily allowed capitalism until the Soviet economy stabilized after the civil war that followed the Revolution. The following questions can help students grapple with the ideals versus the realities of developments in the Soviet Union: What were key ideas of communism? How were the ideas translated on the ground? Joseph Stalin rose to leadership after the death of Lenin, and Stalin’s Five- Year Plans provided a Marxist model of state-run development in direct opposition to capitalism. Under Stalin, the Soviet Union achieved extraordinary economic growth between 1928 and 1939, but this expansion came at a huge human cost. Stalin’s industrialization plan included forced collectivization of peasant farms, which ultimately resulted in a massive loss of life. The government established a system of Gulag labor camps in the Soviet Union and Siberia to contain political opposition. Stalin’s political consolidation led to the imprisonment and death of many, including wealthy peasants, non-Russians, Jews, and members of the Communist Party suspected of disloyalty. Students should learn about the magnitude of the imprisonment, persecutions, and death caused by totalitarian rule. Students should learn about the connection between economic policies and political ideologies, including the crushing of workers’ strikes. With this background, they can also examine the famine in Ukraine that led to the starvation of millions of people; the political purges of party leaders, artists, engineers, and intellectuals; and the show trials of the 1930s.One way that some historians have compared transformations in Europe during the interwar years is through the concept of totalitarianism, or a centralized state that aims to control all aspects of life through authoritarian use of violence. e following questions about totalitarianism can help frame students’ comparative explorations of governments and social systems during these years: What was totalitarianism? How was it implemented in similar and different ways in Japan, Germany, Italy, and the Soviet Union?Students can examine the similarities and differences between the political structures of the Soviet Union, Germany, and Italy in the 1930s. The Weimar Republic had emerged from World War I as an example of the implementation of liberal democratic principles. However, because of the debts of World War I, soaring in action, and the Depression, portions of the populace and political establishment who were anxious about radicals turned to the leadership of Adolf Hitler. Although Hitler’s Nazi party never won an outright majority in any German election, he was able to exploit enough fear and uncertainty and form alliances with other parties that opposed Weimar democracy and gain the position of Chancellor in 1933. Once they had a foothold in government, the Nazis consolidated their power by limiting dissent and imprisoning opponents, homosexuals, the sick and elderly, restricting the rights of Jews and other “non-Aryans,” and rearming the German military. Students can learn about the rise of the Nazis by addressing the following questions: How did Nazis come to power? Why did ordinary people support them? Fascism provided a nationalist and militaristic alternative to both the individual rights privileged in liberal democracies and to communism. Fascists in Italy and the Nazis in Germany established state-directed economies, rearmed their militaries, and imposed gender, religious, and racial hierarchies in the name of an ultra- patriotic nationalism.