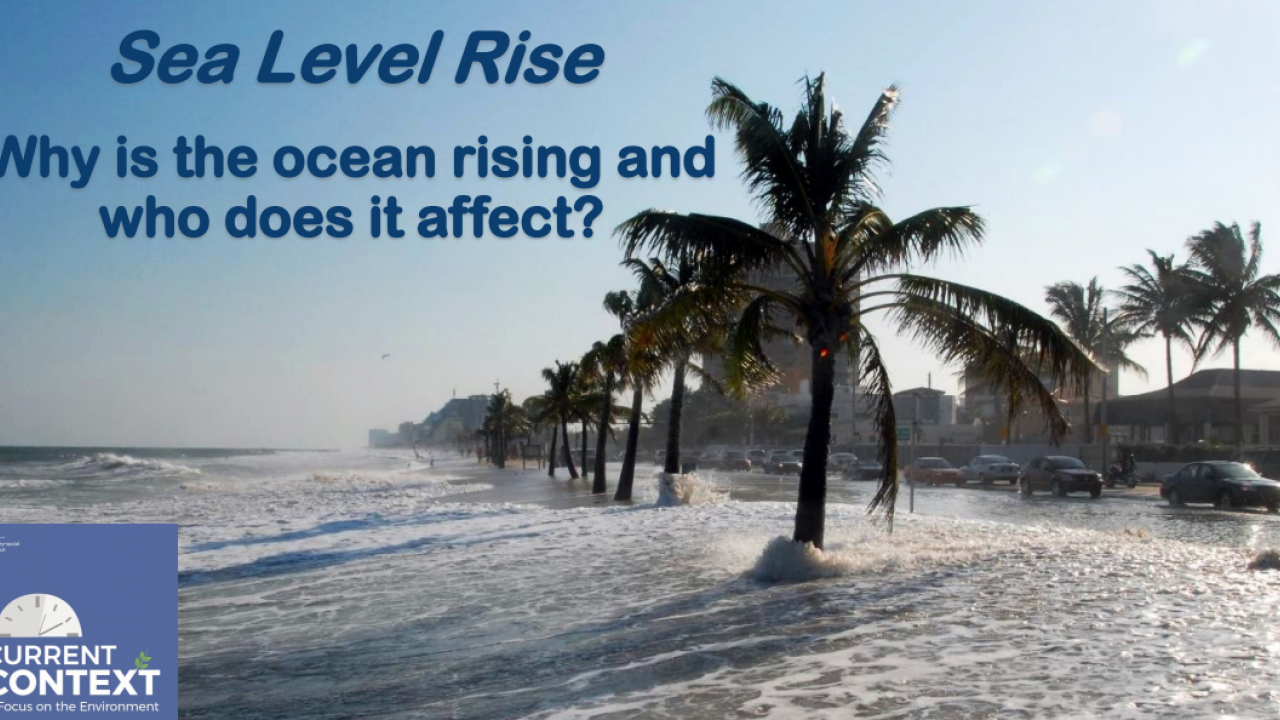 Abstract: Living along the coast can bring great joys and great perils. Just recently, Hurricane Michael swept through the southeast spreading destruction from winds and flooding. Climate change is increasing this likelihood of flooding during storms in two ways: 1) by increasing the level of the oceans and therefore tidal surges, and 2) because warmer air holds more moisture and produces more rain. As an M.I.T. professor explains, “There is strong consensus among scientists who study hurricanes and climate that warming temperatures should make more intense hurricanes possible.”

The following classroom activity looks at plastics in the ocean, through the use of primary sources dating from World War II.

I recommend starting with this photo from today:

Clearly, there is an astounding amount of trash in the ocean. Probably 70% of it is plastic. These plastic bags, bottles, containers and more – and the pieces they’ve broken down into – sicken marine life and often wash back on shores around the world, even in Antarctica. Birds, fish, turtles and other marine life often mistake the bright colored pieces as food and consume the plastic that can choke or starve them. Even if they don’t eat the plastic there are additional hazards; fishing lines, six-pack rings, and other trash can trap, entangle, and choke marine animals. Scientists believe about 100,000 animals each year die from getting caught in trash. Meanwhile, the chemicals that went into the making of the plastic pollute the ocean even further. Cleaning up this trash is extremely challenging, as so much of it has broken down into confetti-sized pieces.

At this point in the conversation, students will likely want to reflect on how all of this plastic ended up in the ocean, and what their own role is in this process. It might be helpful to stop and think about what items in the classroom, in the students’ backpacks, and throughout the school are made of plastic. Does the school recycle plastic? Do students know which plastics can be recycled, and how?

Next, looking at an image from the Library of Congress of a plastic tray made for the Navy during World War II, students can investigate why our society made the shift to plastics. (A good brief history is available here: https://www.sciencehistory.org/the-history-and-future-of-plastics). Though plastic has been around since the early twentieth century, it was not in common use until World War II. During the war, plastic manufacturing increased by 300% in the United States. This Library of Congress image (and its title) can help students understand some of the motives for this ramped up production:

“Plastic tableware for the Navy. This plastic navy mess tray replaces trays formerly made of vital metal. In addition to this tray, seamen are provided with plastic dishware designed for durability”

As society embraced the benefits of plastics in the early post-war era, a new relationship to the synthetic material evolved. Soon, part of American culture included touting the ease and convenience of plastic, suggesting that it was part of better living through innovation. Spreads like the one in a 1955 LIFE magazine promoted a “Throwaway Living” lifestyle centered around inexpensive plastic items (see image here: http://time.com/3879873/throwaway-living-when-tossing-it-all-was-all-the-rage/). But by the 1960s, scientists were beginning to talk about plastics in the ocean. This coincided with a shift toward a new environmental ethic that caused many Americans to grow concerned about their lifestyle’s impact on the planet. Scientists and others began to think about the implications of the chemicals leached out by plastics in the ocean, plastics that will never decompose.

Today, plastics make possible both life-saving medical devices and cheap party toys. All the plastics ever produced by global manufacturers are still with us on this planet, and always will be. Plastics will continue to be an integral part of our lives, but how we manage to keep them from causing more negative consequences than benefits will be one of our next big tasks.